“With the exception of those born in refugee camps, every refugee used to have a life. It doesn’t matter whether you were a physician in Bosnia or a goat herder in the Congo: what matters is that a thousand little anchors once moored you to the world. Becoming a refugee means watching as those anchors are severed, one by one, until at last you’re floating outside of society, an untethered phantom in need of a new life.” 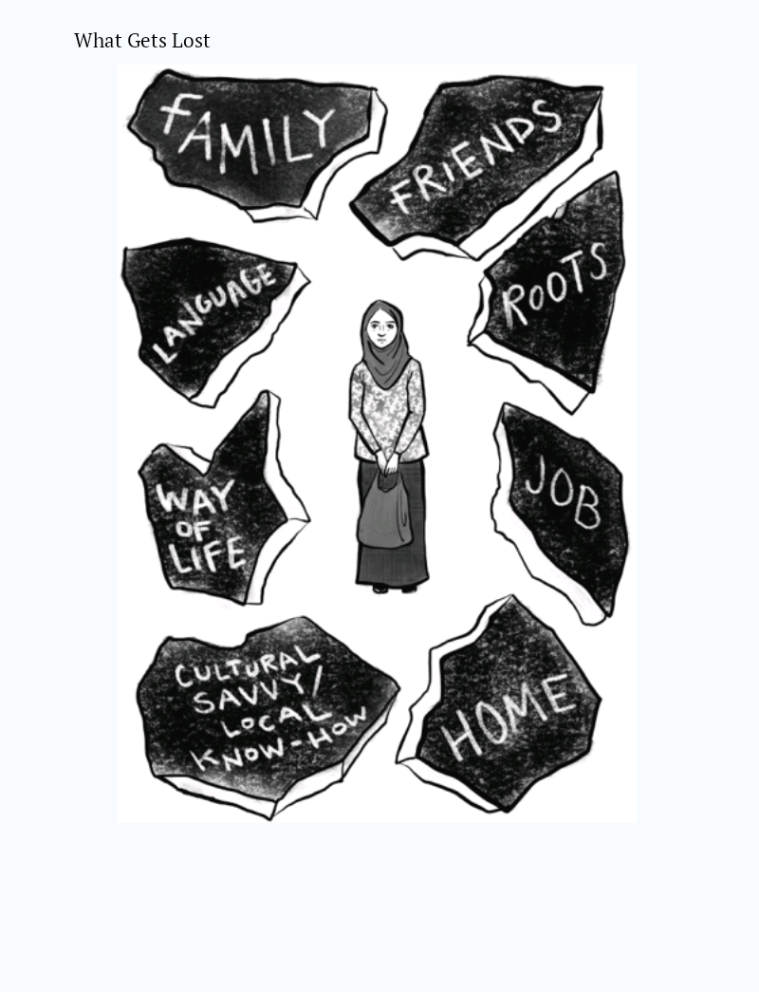 I think this book shows only a sample of refugees and immigrants and how they are living where they are now. As someone who was born and raised in Egypt willing to live in a better place someday; the scene does not sound beautiful, but my humanistic instinct is prompting me to flee at least to keep it safe.

You may want to check out this too The Displaced.